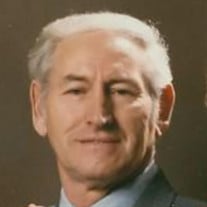 Walter R “Bud” Murphy 96. Passed away peacefully on December 24th at the Owen Valley Health Campus with his loving family by his side. Born December 23rd 1925 in Koleen, IN, he was the youngest son of Arthur and Golda (Howell) Murphy. Passing just 1 day after his 96th birthday, celebrating it with family and the Owen Valley Health Family. He served during WWII, he was a medic, earning the Bronze Star and it was presented 73 years later, during the American Legion Joint Spring Conference in Indianapolis on April 6, 2019. He served in the Asiatic Pacific Campaign, European African Middle Eastern Campaign, American Campaign and was a superior Marksman. He was a jack of all trades, and had the ability to teach his sons and daughters many life lessons. He was a Pepsi salesman, worked at Peabody Coal Co, started his own company, with his sons working alongside him. He owned and operated a backhoe and trencher and later retired from Crane as a material handler. Walter loved the outdoors, an avid hunter and fisherman. He shared that passion with his own children and many of his grandchildren. He loved pitching Horseshoes, winning titles in Canada and Florida. He won a national competition at the age of 75. He brought home second at the 1997 World Championship in Ontario, Canada. He fell in love and married Barbara Corbin in 1946, who he lost along with his daughter and son-in-law in an accident on his birthday in 1990. He was preceded in death by his mother, father, his six brothers and sisters, his wife Barbara one daughter Irene Norris, 4 grandsons (Robbie Newport, Quintin Murphy, Jeremiah Murphy and Levi Murphy) and two sons-in-law’s (Alan Anders and Gib Norris). He is survived by his seven children Bonnie Anders of Connersville. Frances Newport of Bloomington. Steve (Debbie) Murphy of Ellettsville. David Murphy of Bloomfield. Jim (Cathy) Murphy of Bloomington. Mark (Dawn) Murphy of Spencer. Evelyn (Linville) Bell of Springville. A beloved grandfather of 21 grandkids, 39 great grandkids and 20 great-great grandkids, and several nieces and nephews. The family would like to thank the staff at Owen Valley Health Campus in Spencer for their awesome care of our father, especially during his final months. A special thank you to Ann and Karissa who’s care and compassion meant so much to Walter and his family. Friends may call from 4 to 8 P. M. on Wednesday and 11 A. M. Thursday until the hour of service at the Jenkins Funeral Home in Bloomfield. Funeral services will be held at 12:30 P. M. Thursday at Jenkins Funeral Home. Burial will follow at the Walnut Grove cemetery. Online condolences to the family are available at www.jenkinsfuneralhomes.com

Walter R &#8220;Bud&#8221; Murphy 96. Passed away peacefully on December 24th at the Owen Valley Health Campus with his loving family by his side. Born December 23rd 1925 in Koleen, IN, he was the youngest son of Arthur and Golda (Howell) Murphy.... View Obituary & Service Information

The family of Walter Roy Murphy created this Life Tributes page to make it easy to share your memories.

Send flowers to the Murphy family.