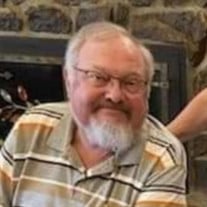 Terrance Lewis Neidigh 63, of Bloomfield passed away Saturday, December 11th at Regional Hospital in Terre Haute. Terry was born February 24, 1958 in Huntingburg, IN. Also known as Hop, Hoppy or Hopsing, he spent 43 happy years, full of many adventures with his wife Dianne. After 16 years of cohabitation, they decided to take the plunge and were married on July 14th, 1994. Terry had worked in construction for nearly 40 years. He had worked for Neidigh Construction, Weddle Brothers Construction and Ike Wright Construction during his lifelong career. He was a 30 year member of the United Laborers Union, District 741 and the Sons of the American Legion Post #196. Terry enjoyed dragracing, watching any sport that was televised and various painting and woodworking projects. Terry is survived by his wife, Dianne Neidigh. His daughter Angela Gonzalez Hunter and son-in-law Adan Gonzalez. His mother Genny Schroeder, brother Tom (Tammy) Neidigh, sister Starla (Barry Walls) Neidigh. Step-brother Rob (Tammy) Schroeder, step-brother Ricky Schroeder and step-sister Rhonda (Curt) Hollingsworth. His grandsons, Chance Lewis Hunter and Gabriel Gonzalez Hunter. His nephew, Austin (Sara) Neidigh and niece, Kelsey (Cody Pasch) Neidigh. Great nephew Jude Neidigh and great niece Raelynn Pasch. His Godmother and aunt Violet Weisheit. Several uncles, an aunt and numerous cousins. He was preceded in death by his father, Ronald Neidigh, step-father Richard Schroeder and Godfather and uncle Lewis Weisheit. The family would like to thank Terry's doctor's: Dr. Ajay Deshpande, Dr. Shreelekha Deshpande, Dr. Emmanuel Favila and the nurses at Regional Hospital for the exceptional care and compassion shown to Terry and his family during his extended illness. Services will be conducted by Reverend Scott Chastain Friday December 17th at 6:00 pm. Visitation will be from 2:00 pm until the time of the service. Services will be held at Jenkins Funeral Home in Bloomfield. There will be no graveside service. The family asks that all memorial contributions be made to the Bloomfield First Christian Church.

The family of Terrance Lewis Neidigh created this Life Tributes page to make it easy to share your memories.

Send flowers to the Neidigh family.